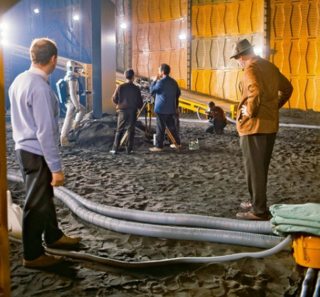 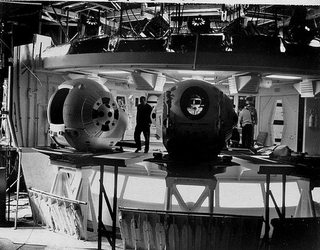 Rare look at an abandoned Space Station V prop from 2001: A SPACE ODYSSEY that was supposed to be destroyed.

“I was at college in Stevenage (about 15 miles away from St Albans in the early 1970’s). Our studio, we were studying graphic art, faced the entrance to the local corporation dump. One afternoon in 1974 a truck turned up after the dump was closed & left some crates in the entrance way. They contained 2 of the models used in 2001, the space wheel & one of the pods. Of course they may not have been the only ones but I believe they were genuine (the film had been made about 20 miles away at Boreham Wood the old MGM studios). By the time I got there the pod had been taken, the space wheel damaged & taken out its wooden case. I took pictures of it, its surface had been covered with bits of old plastic construction kits to make it look more technical when filmed. I desperately wanted to take it home, but I only had a motor bike & a room 8 feet by 10 so it was not really workable. It was smashed up by kids a few days later.” - Trevor Parsons as relayed to Rod Munday at visual-memory.co.uk 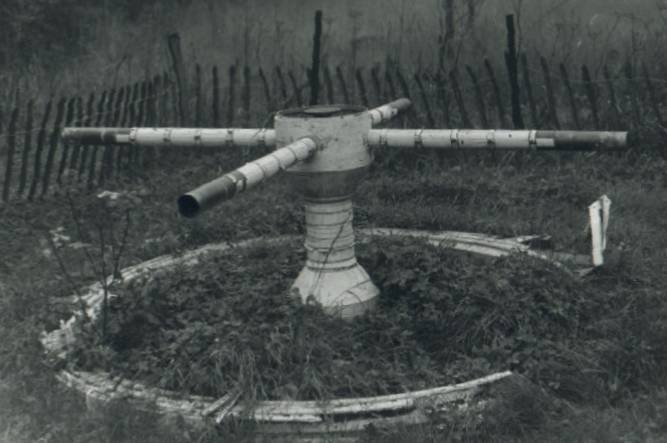 As any Stanley Kubrick aficionado will tell you, it has long been legend that all the spaceship miniatures from Kubrick’s landmark science fiction film were destroyed after filming at the filmmaker’s request, to prevent recycling in cheap imitations.

“Over the years, there were rumors that some of the models survived. In fact, the Aries 1B, along with the Orion Clipper (the ‘Pan-Am’ ship), and the Moonbus were thought to have been set aside for Kubrick to claim. But we’ve also ‘heard’ that the Moonbus was taken home by a crew member and eventually suffered an ignominious fate at the hands of that crew member’s son and some fireworks. And of course, there were the photos of Space Station V rotting in a field. The problem with all of this was that the only evidence we had as to the fate of the models were those photos – and those photos supported the ‘myth’ that everything had been destroyed. (Despite the fact there was no mention of any of the other models being in that same field.) Now that the Aries has shown up, obviously that lends at least some credence to some of the models being put to one side. (And if they were put to one side for Kubrick, how did the consignor get his hands on the Aries?)

"Kubrick’s scientific consultant Frederick Ordway once revealed that Kubrick had almost all of the props for the film destroyed, because he didn’t want to ruin the illusion of 2001 for people — and, reportedly, so they wouldn’t wind up in future films."